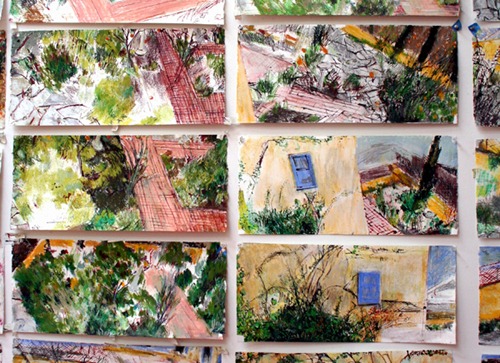 A painting by Manny Farber (source)

And there was a story that you and Marty [Scorsese] made a pilgrimage to see him in the 1970s?

I met Manny in 1972, and met Marty later that year, and we were talking about it, and I said you should really meet him. So we drove down to San Diego to see Manny.

So what was his importance to Marty and you as a film critic?

He wasn't really my main person, I was a protégé of Pauline Kael, and he and Kael were quite dissimilar, so I wasn't really of the Manny school. In fact it's hard to imagine a Manny Farber school of film criticism.

Because he's so unique?

Yeah. And so iconoclastic. The first thing they would do in a Manny Farber School of Film Criticism is shut down!

One thing he said to me early on which seemed to have really informed a lot of his thinking—because he was first and foremost a painter and he was a great admirer of Jackson Pollock—he said the insight of seeing Jackson Pollock's work is the insight of seeing something designed on the vertical presented on the horizontal. Before Pollock, painting was seen horizontally and made horizontally and I think he liked that idea, that you would do something vertically and view it horizontally.

My point being that that kind of perception difference, to try to see things in a different way, at a different angle, that was underneath everything he wrote about films. He was not in the great American critical mainstream. His job was to take that odd approach, find that unexpected insight. He couldn't imagine himself writing the way a professional film critic does, like David Denby works—Manny simply couldn't do that. 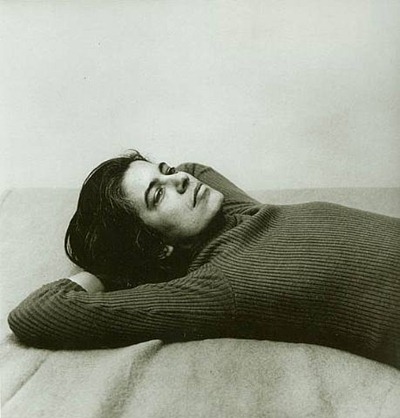