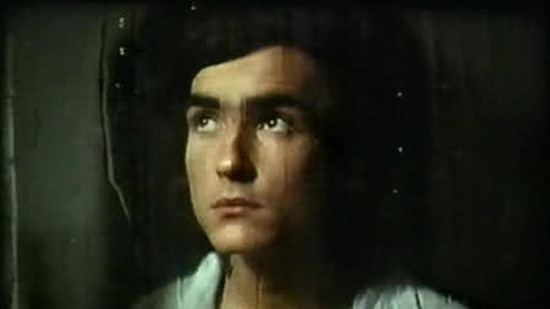 Four Nights of a Dreamer

“Four Nights of a Dreamer is at once the most maligned of Bresson's films and the most ignored. Perhaps because it's so apparently benign, hence the most difficult to fathom: it's the film that suffers most from the critically ordained Bressonian system of sublimity, according to which every film has to function in the same manner as his celebrated "prison" quartet. At the time of its release, it also suffered from the flaring political passions of the moment.”

“Any film like Four Nights … that dealt with youth and did not partake of its program during that heady period was immediately declared invalid. (Bresson would later nail this censorial impulse with the church scene in The Devil Probably, another film that angered the youth that it portrayed.) Twenty-eight years after the fact, it's possible to see this aching meditation on post-adolescence [circa] 1971 with its inherent solitude, its narcissism, its attraction and repulsion to human contact, as a genuinely great work. […] even for those whose hearts are still on the barricades, the passage of time would surely allow them to see that Four Nights of a Dreamer caught something essential about the youth of its moment.“

“Everyone from Pauline Kael to Anthony Lane (okay, everyone at The New Yorker) has complained that this is the film where Bresson's use of non-actors finally backfired, where emotional expression was so embedded in the situation that its absence could only be interpreted as a perverse postponement. But I think they missed something crucial. As always with Bresson, the film rises or falls with the precision of the action. We often remember youth as we imagined ourselves while we were living it, reality through a romantic filter that is difficult to discard. But the sullen, pouting, dark-eyed narcissism of des Forets and Weingarten, he with his sunken shoulders and she with her quiet, supernatural delicacy, seems exactly right to me. Watching these two beautiful creatures play hide and seek with the world is one of the loveliest things in all of Bresson. “ 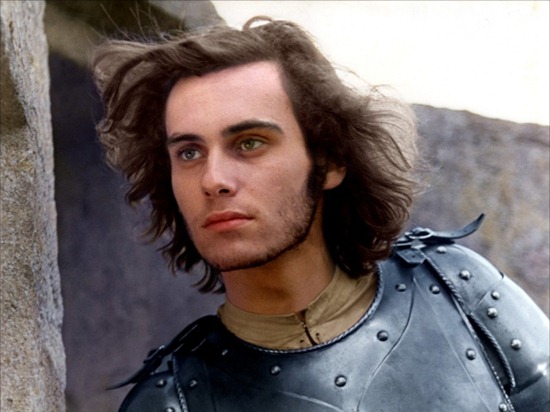 “One might divide Bresson’s spiritual journey into three phases:

“In 1974, when Lancelot du Lac was shown at the 12th New York Film Festival, Vincent Canby complained that it "came close to being a parody of Bresson. Here is a film by a director, known for the impassive acting style he imposes on his performers, in which a great deal of the 'acting' is done inside suits of armor with faces hidden." Even in his displeasure, Canby caught something of what Bresson is up to in this intensely uneventful, oddly mesmerizing reading of the final act in the Arthurian cycle. The tone is set in Lancelot's opening frames: Huge swords cross, wielded heavily by metal-clad arms. Occasional sighs punctuate the dull clanking of articulated armor. A blade, triumphant, momentarily sways over the earth, then strikes. Decapitated, his head sent flying across a forest glade, a knight falls to his knees, blood flowing freely. The sound is like water running rapidly out of a spigot. Because Bresson has rigorously framed out any sign of human life in these shots, we are introduced to one of our most potent myths through a battle between medieval 'droids, tin cans that contain enough "juice" to keep the old story going.” 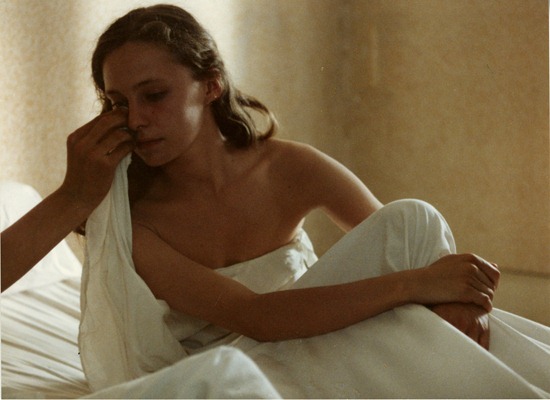 “Certain films contain - quite consciously, to be sure - a bit of an enigma that lives within all of us. Namely, the vertigo that overtakes us whenever we stare into the abyss of the past, and the different people we once were appear before us, the superimposed version of which we are the result. We keep looking to the point where our vision becomes hazy, dates mix together and things that once seemed like facts become uncertain.”

“What this film had to tell us didn't seem allowable. Its style and the tone of its acting fell, within the narrow spectrum of our perception, between the ridiculous and the intolerable. While my memory for details is in general very bad, in this case I remember everything. We saw the film at the Saint Germain des Pres Cinema, which was located on the angle of the Boulevard and the rue de la Huchette, and which has since disappeared, just like all the other theaters on the perimeter. We sat in the balcony. And my memory is indelibly marked by an incident that now seems like a supplementary scene to the film itself. We stood in the waiting line until the end of the last show, and the cashier announced that she was going to start selling tickets "for The Devil" as the spectators were emptying out of the theater. Among them was a friend of my parents, who saw me and said: "So, they call for the devil and you come....".”

“I've since met Antoine Monnier, who played the lead in the film, two or three of Matisse. He's my age, an artist and, just like me, someone else today. I don't think we ever spoke of Bresson's film. Although I don't think I would have had any idea of what to say: his presence in the film, after the shock of a second viewing many years later, is for me without a doubt one of the most troubling in cinema. How is it that I now see him as the truest portrait of the adolescent I once was, the young man who saw the film in 1977?” 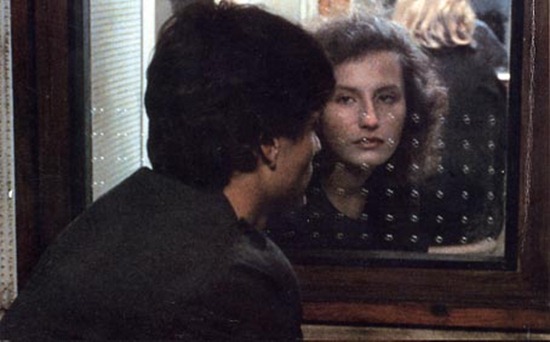 “Nothing in the first hour of the film has really prepared us for any of these arresting complications. Bresson's fans and acolytes (from Paul Schrader to Benoit Jacquot) are used to reading the blank mode of acting in his films, the understated melodrama of the narratives, and the economical restraint of the style as transcendental keys to an exactly opposite realm: a world of passion, spirituality, and meaning. But L'Argent comes very close to a purely literal marriage between form and content. This world is meant to be cold and bleak, barren and bare, and most of its inhabitants are indeed unfeeling, amoral automatons. The first hour has a color scheme to match the prevailing gloom: virtually everything, from suits to walls, is a dirty shade of either gray, brown, or green, and there is little to spot or relieve the impressionist murk. “

“Even though the field through which the old woman walks is a modest patch of nature, it is a veritable, verdant paradise in comparison to the grim cityscape that has preceded it. The unlovely architecture of shops, courtrooms, and prisons is matched by an equally harsh sound collage of alarm sirens, passing cars, whirring and clanking machinery (beginning with the automatic teller under the credits). It is a fiercely middle-class world of bureaucratic institutions and service industries; the first rest stop for Yvon after his prison release is an ominous "Hotel Moderne." The silent, dispirited bodies of the characters - especially Yvon and his wife Elise (Caroline Lang) - are frequently glimpsed pinned within the lines and bars of doorways and windows. The regal procession of disembodied gestures abstracted in what Gilles Deleuze once described as "any space whatever" no longer carries the suspenseful or erotic energy it did in Pickpocket or A Man Escaped. Now every movement seems tired, listless, locked in upon itself, merely functional. “ 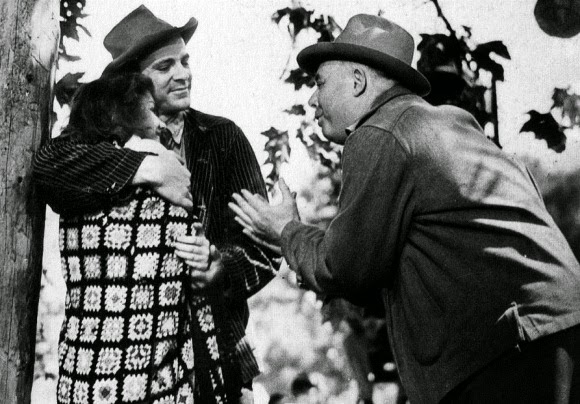